Doug White, author of the book “Wounded Charity”, spoke with America’s Work Force on Oct. 30 about the allegations against the Wounded Warrior Project (WWP) in 2016.

White explains the media’s allegations that were made against the Wounded Warrior Project and how they were baseless accusations. White also mentioned that board members of the WWP failed to properly address the accusations against them and dispel the negative rumors about the charity. He talked about how quick the media and the public are to turn against an organization, especially a charity, when there are rumors about misallocations of funds or improper use of donations. White also discussed how there are charities out there that are poorly run and how their personal agenda does not directly align with the positive intentions of other charities. 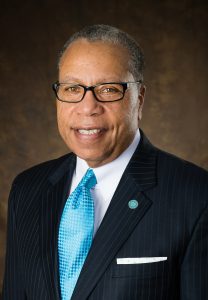 Dr. Alex Johnson, president of Cuyahoga Community College (Tri-C) talked about affordable education. He explained how Tri-C is a more affordable option for higher education than other universities in the area, and he also said how they have a good relationship with the trades in the area. Dr. Johnson mentioned the increase in demand for skilled tradespeople and how Tri-C offers courses to educate and train people in the trades. Lastly, he talked about the benefits of having access to affordable education.

AWF host Ed “Flash” Ferenc talked about the Chicago Teachers Union still on strike and the SEIU bargaining on behalf of the teacher support group.