Kathy Newman, english professor at Carnegie Mellon University spoke with America’s Work Force on Dec. 27 about the working class during the Christmas season. 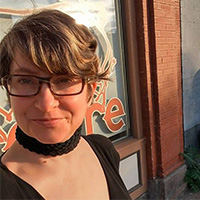 Newman discussed an article she penned for Working Class Perspectives, titled “Working-Class Christmas.” In the article, Newman talks about how the working class in America are legally entitled to zero paid vacation days, compared to European countries who are entitled to 25-30 paid vacation days per year. Newman also points out examples from research she conducted that the working class are responsible for many Christmas time traditions and other Christmas customs that disrupt social rules. Some of these examples she addressed were Christmas caroling and other religious themed activities. Newman wrote the article to bring attention to the fact that the working class is responsible for more than just their work; they are responsible for some of the world’s oldest holiday traditions.

Tom Conway, international president of the United Steelworkers spoke about China dumping steel into the United States. He explained all the methods that they are doing to work around the steel tariffs that President Trump imposed on China. Conway also talked about the United States-Mexico-Canada Agreement (USMCA) and how it will help fix the corruption in Mexican factories and plants and enable them to form unions. The USMCA will make it so Mexican workers will be able to unionize and collectively bargain on their own without any company interference.