Dorsey Hager, executive secretary-treasurer for the Columbus/Central Ohio Building and Construction Trades Council spoke with America’s Work Force on Dec. 6 to discuss the progress of different projects in the Central Ohio area.

Some of the projects that Hager discussed included the Facebook Campus project, Columbus Crew stadium renovation, updates to the Ohio State University Medical Center and more. He said that the Facebook Campus will include 10 buildings and the size of the campus will roughly be the size of Columbus. The work will be done by the Columbus/Central Ohio Building and Construction Trades Council and, more importantly, will be done union. Hager said that the work and projects will take between four to six years to complete, and will be beneficial to the Columbus economy. 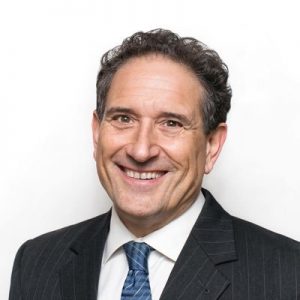 Andy Levin, freshman congressman from Michigan, spoke about Protecting the Right to Organize (PRO) Act. The reason that Congressman Levin wants to see the PRO Act pass is because it is a major stepping stone in helping rebuild the middle class. The PRO Act will protect labor laws and enforce punishment when they are broken by companies, healthcare and benefits are protected, and drug prices are regulated. He also talked about getting more union members involved in local government so there is a stronger union representation and the union message gets to be put on the forefront for everyone to see.

AWF host Ed “Flash” Ferenc spoke about General Motors joint venture with a Korean manufacturing company where they will manufacture batteries for electric vehicles at the Lordstown Factory in Youngstown, Ohio.