America’s Work Force host Ed Flash Ferenc talked to listeners on Labor Day about some of the victories labor unions have had and how they benefited all workers. One of the benefits labor unions gave the workforce is a 40 hour work week and work-free weekends. Before labor unions, workers worked over 60 hours, seven days a week, but thanks to unions, workers won weekends for leisure time and rest. Another important win for unions that Ferenc discussed was the right to collectively bargain for their contracts. By having the right to collectively bargain, power is shifted more equally than the power being held by corporations. 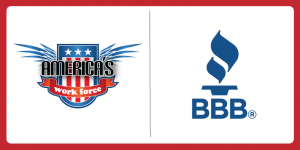 Sue McConnell, President of the Better Business Bureau in Cleveland spoke with AWF on Sep. 2 about specific scams to look out for now that the school year is back in session. Some major scams are directed toward college students; she told college students to look out for were job scams and roommate matching service scams. McConnell said that there is a significant increase in fake job postings targeting college students promising outstanding wages and hours but really end up just taking money from the job prospects. As for the roommate matching service, she said that an online company will ask people searching for roommates to fill out a questionnaire, making them think they will be paired with someone of the same interests, but, if anything at all, will just be matched for anybody looking to split rent. She also mentioned scams involving spoofing emails from major airline companies getting people to give up their personal information.

Mark Gruenberg, writer for Press Associates Union talked about some court decisions on redistricting and the National Labor Relations Board. He also talked about Walmart not ceasing the sale of firearms in the wake of all of these mass shootings and how people are beginning to boycott the company.