Gail Tate and Ebony Douglas, both from American Federation of Government Employees, AFGE, Local 3283, spoke with America’s Work Force about extensive background checks for people who want to work within the government.

Tate, retired steward and security coordinator, worked in Defense Finance & Accounting Service (DFAS) first spoke about her job with DFAS, which involved auditing navy ships, and the 700 active members of AFGE local 3283. Douglas, who works for the military pay department with DFAS, described what her job entails. After providing backgrounds on their jobs, Tate and Douglas spoke about the extensive background checks that are done on new hires and people who apply to work within the government. They said that while doing a background check, there is a list of 13 things to look out for, and they will go as far as checking for a person’s credit score to make sure they will be a responsible employee. Tate and Douglas said that to gain access to higher clearance areas, the person’s background check will need to be perfect. 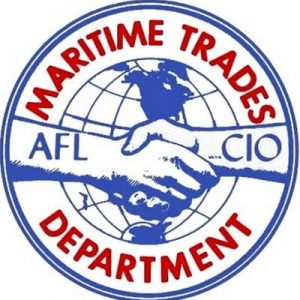 Dan Duncan, executive secretary-treasurer for the Maritime Trades Department, AFL-CIO, spoke with AWF about the Jones Act and how its been helping create more jobs in the United States. He also discussed how President Trump was a supporter of the Jones Act, but was influenced heavily by his party members and ended up waving the act. Duncan said that members of congress need to keep an active voice on this act to ensure that it stays around because it is good for the American workers.

AWF host Ed “Flash” Ferenc spoke about Congressman Tim Ryan and his support for all the United Auto Workers members.