America’s Work Force tackled the hot topic of the day, immigration, and how immigrants seeking asylum in the U.S. are being treated by border patrol agents.

Jill Stein, a two-time Green Party presidential candidate, joined America’s Work Force on April 10 and talked immigration. She claimed President Trump instructed border patrol agents to turn away all immigrants coming towards the U.S.’s southern border, no matter their reasoning. Stein said argued such orders are against the law and these immigrants have a right to enter the U.S. to seek asylum, be released into the country after filing paperwork and have a court hearing to determine its validity.

Stein then argued the money President Trump requested to complete the construction of the southern border wall should be put into funding immigration courts, which would allow more asylum cases to be heard and processed. This, Stein reasoned, would decrease the number of people in detention centers or the number of illegal immigrants who are caught and released. Stein felt the U.S. should focus on becoming a superpower of human rights. 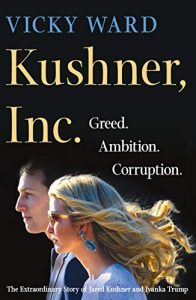 AWF host Ed “Flash” Ferenc talked about the need to improve America’s infrastructure, as well as Bank of America implementing a minimum raise wage up to $20 an hour. BOA said they raised their minimum wage because their business has been doing well and they feel the success of a company should be shared their employees.