On Feb. 7, Scott Paul, President of the Alliance for American Manufacturing spoke about steel and aluminum being overproduced and sent to America to be sold for low prices during his time on America’s Work Force.

Paul talked about China manufacturing more steel and aluminum than it needs and then selling the rest to the United States for rock-bottom prices, making it unfair to U.S. workers and manufacturers. He talked about making tougher import laws in hopes of slowing down the importing of Chinese steel and aluminum. Paul then goes on to discuss the need to improve the infrastructure all across the United States and how it would be a great opportunity to create jobs and boost the economy. According to Paul, this has been the talk of many past presidents, but they have taken no action to improve the infrastructure. 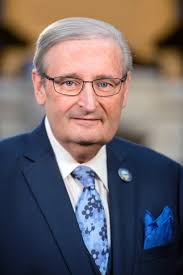