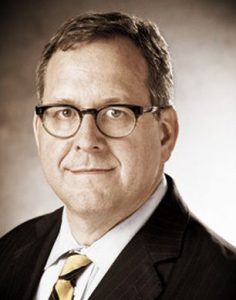 Marc Dann, who now works at the Dann Law Firm in Cleveland, talked about his law firm fighting for consumer protection and privacy. Some of the cases that his firm takes on are cases involving banks sequencing a consumer’s checks, anticipating them to bounce, and then the bank collects the bounced check fee. Dann talked about how banks are not the only companies taking advantage of consumers and how event government agencies, such as the DMV, prey on consumers. He said that DMVs have a fee to laminate drivers licenses when they print them, but will charge the fee whether the service is completed or not, costing consumers $1.50. Dann stated that might not seem like a lot of money to one person, but when it happens to millions of people, it adds up.

Senator Sherrod Brown spoke to AWF on April 4 about getting people into the trades and protecting workers. He discussed the work opportunities, tax credits, and jobs act which helps workers get ahead and receive proper pay and benefits for the hard work that they are putting in. Lastly, Senator Brown talked about the Great Lakes restoration initiatives.

AWF host Ed “Flash” Ferenc talked about two female Disney employees filing a complaint with the company over wage discrimination and filed a suit to reimburse them with wage and benefits compensation that they felt like they had been deprived of.