Mathews discussed AT&T asking for a tax break that they would create more jobs in return. After receiving a $21 billion tax break, AT&T eliminated 20,000 jobs, even offshoring certain call center jobs. Mathews said that AT&T claimed that they had created 3,000 jobs, but that was after eliminating over 20,000, so they are still down thousands of jobs. With the tax breaks, AT&T CEOs have been giving themselves bonuses, as well as other benefits. He then went on to talk about the Protect the Right to Organize (PRO) act and how it will strengthen worker rights. A big problem right now is workers being misclassified, which is causing them to lose benefits, worse wages, and have less job security. 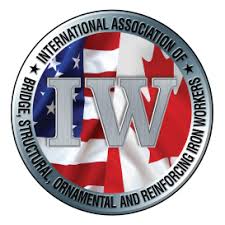 Rich Jordan, business manager for the Ironworkers Local 17 spoke about apprenticeships and getting more people involved in the trades. He spoke about the benefits of an apprenticeship with Local 17, such as free training, earn-while-you-learn pay model, good benefits, and job security. Jordan said that currently, there are 250 apprentices in their program, but they are always trying to recruit more. Ironworkers Local 17 accepts apprenticeship applications in their office every Monday through Friday from 6:00 a.m. to 5:00 p.m. and Saturdays from 8:00 a.m. to noon.