Marcy Kaptur, U.S. Representative for Ohio’s 9th District spoke with America’s Work Force on May 6 to discuss the level of protection that workers have during the COVID-19 pandemic. END_OF_DOCUMENT_TOKEN_TO_BE_REPLACED

Ryan Zamarripa, associate director of economic policy at the Center for American Progress Action spoke with America’s Work Force on Jan. 29 about broken promises made by President Trump. END_OF_DOCUMENT_TOKEN_TO_BE_REPLACED

Tim Burga, president of the Ohio AFL-CIO spoke with America’s Work Force on August 6 about the passing of Ohio House Bill 6. END_OF_DOCUMENT_TOKEN_TO_BE_REPLACED

Alex Tausanovitch, director of campaign finance and electoral reform from the Center for American Progress spoke with America’s Work Force on May 29 about the problem with the mapping of districts in Ohio. END_OF_DOCUMENT_TOKEN_TO_BE_REPLACED 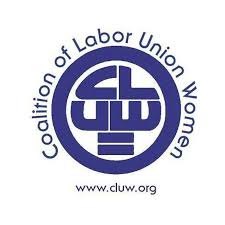