The Insulators Union Labor Management Cooperative Trust Executive Director Pete Ielmini made his first appearance on America’s Work Force on Feb. 19 to discuss the insulation industry and Mechanical Insulation. Specifically, he talked about the benefits mechanical insulation offers to mechanical systems and the companies where it is properly installed and maintained. END_OF_DOCUMENT_TOKEN_TO_BE_REPLACED

David Cann, director field services and education department for the American Federation of Government Employees spoke with America’s Work Force on Dec. 18 about contract talks with the Veterans Administration. END_OF_DOCUMENT_TOKEN_TO_BE_REPLACED

Gail Tate and Ebony Douglas, both from American Federation of Government Employees, AFGE, Local 3283, spoke with America’s Work Force about extensive background checks for people who want to work within the government. END_OF_DOCUMENT_TOKEN_TO_BE_REPLACED

Jeff Kreisler, author of Get Rich Cheating: The Crooked Path to Easy Street, spoke with America’s Work Force on May 15 to discuss people who try to cheat their way through life without worrying about repercussions. 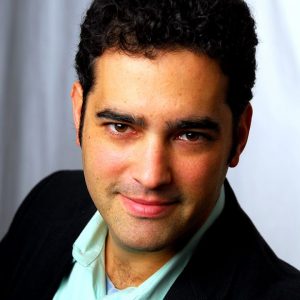 Kreisler spoke about the college admissions scandal where wealthy individuals had paid extra money to admissions offices to ensure that their children would receive admittance into a university, even if there were more qualified candidates. He then talked about how even though it is illegal, people would think that it is “OK” because they are giving extra money to a university, so their needs should be met. Adding to that, Kreisler said that America has ethical rules, not an ethical culture. He explained that Americans will know something is wrong, but push the boundaries of laws and rules until they get caught, rather than knowing it is wrong and refraining from acting on their bad impulses.

Ibidun Roberts, National Veterans Affairs Council Supervisory Attorney with the American Federation of Government Employees spoke to AWF on May 15 about the V.A. accountability act. She spoke about lawmakers trying to put legislation in place that would privatize the VA, and would also take away their ability to file grievances if anything were to go wrong. Roberts said that the accountability act would prevent retaliation and prevention for companies to attack workers, or punish them, for wanting to organize.

AWF host Ed “Flash” Ferenc spoke to AWF about Delta Airlines and their anti-union messages, telling workers that they are better off purchasing new gaming consoles, going to sporting events, or other recreational activity rather than spending their money on union dues.