American Federation of Government Employees (AFGE) Local 3283 Executive Vice President Laurie Glicker and Legislative Political Coordinator Joe Graceffo joined the America’s Work Force Union Podcast to discuss the two-year probationary period for federal employees. They detailed the AFGE’s efforts to lobby legislators to lower the period to one year, and what it would mean to the financial planning abilities of federal workers. END_OF_DOCUMENT_TOKEN_TO_BE_REPLACED

The Trump administration acted fast to undermine federal workers and the unions who represent them. These workers remain optimistic they will gain some leverage back with the Biden administration in charge.

Working on the frontlines and experiencing these changes are American Federation of Government Employees Local 3283 members Joey Graceffo and Dan Drost. The pair joined AWF Union Podcast to discuss what the members of Local 3283 do, the PRO Act, the abilities of public sector unions and more. END_OF_DOCUMENT_TOKEN_TO_BE_REPLACED

Gail Tate and Ebony Douglas, both from American Federation of Government Employees, AFGE, Local 3283, spoke with America’s Work Force about extensive background checks for people who want to work within the government. END_OF_DOCUMENT_TOKEN_TO_BE_REPLACED 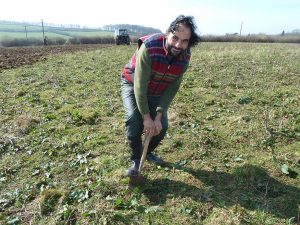