Hannah Halbert, project director with Policy Matters Ohio, spoke with America’s Work Force on May 9 about Ohio’s workers not making enough money to support themselves and their families.

Halbert addressed the problem of Ohio workers, who work some of the most common jobs in the state, and their inability to support a family of three without any form of assistance. She said that one of the main reasons that the workers are not being paid enough is because of the lack of a union presence in these jobs. Halbert said that the lower the union density is in an area, the lower the pay for all of the workers in that field of work, which causes the entire economy to be lower. She said that many workers are scared to unionize to improve wages, work conditions, and hours because they fear being punished by their management or even fired. Furthermore, Halbert discussed the Protect the Right to Organize (PRO) Act and how it covers workers rights to organize and collectively bargain on behalf of themselves and their coworkers. Lastly, she talked about overtime pay and how only approximately 7.3% of Ohio’s workers are covered by overtime laws. 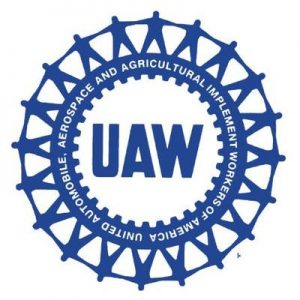 Josh Nassar, legislative director with the United Auto Workers spoke with AWF on May 9 about President Trump claiming he will “save” Lordstown and bring jobs back to Ohio. The president made these promises as thousands of General Motors employees were laid off and the work was sent to Mexico. Nassar also spoke about the PRO act and how the end goal for the act is to put a stop to so-called Right-to-Work legislation. Finally, he spoke about healthcare and a judge in Texas deemed the Affordable Care Act unconstitutional and how president Trump is trying to kill the act in its entirety.