A veteran of the U.S. Military, Attig spoke about the difficulties that veterans face when they return to civilian life. Some of the issues they face are finishing their education, applying the skills they learned in the military to find a job, and finding a job that will provide them with a livable wage. Attig said when he transitioned out of the military, he struggled to find a job with his history and experience in the military, but was eventually turned on to Helmets to Hardhats, which helped him find a job in the trades. With the help of the United Association Union of Plumbers, Fitters, Welders and Service Techs, he was able to get a welding apprenticeship and achieve the dream of stable employment. He explained the benefits of the trades and how apprenticeships help veterans find jobs based on skills they learned and can apply to the trades.

Attig then spoke about the Union Veterans Council and their work to solve the issues veterans are facing. He said that the council is fighting to strengthen the GI bill, and looking to receive more funding for veteran organizations that help with job placement, training and education. He added that the Union Veterans Council holds elected officials who claim to be “pro-veteran” accountable for their words and promises. If a politician says they will do something for veterans, his organization makes sure they follow through. 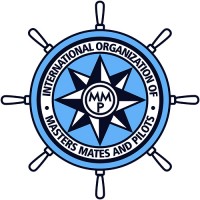 Don Marcus, International President of the International Organization of Masters, Mates, and Pilots spoke about the impact that the COVID-19 has had on their industry. He said their members do not have an adequate amount of personal protective equipment on ships, causing members to feel unsafe while working. Marcus added that they do not have a means of testing for the virus for members on the ships far offshore, making it difficult for members to come home without knowing who they need to stay away from or if they need to isolate themselves. Lastly, he spoke about the importance of organizing and how it can improve the quality of safety standards on jobs, along with compensation and benefits.

AWF host Ed “Flash” Ferenc spoke about Memorial Day and honoring those who sacrificed everything for us to be able to keep our freedom.