Bill Samuel, government affairs director of the AFL-CIO spoke with America’s Work Force on August 22 about refining workers protections in the new NAFTA.

Samuel discussed the United States-Mexico-Canada Trade Agreement (USMCA) and how he would like to see more worker protections included in the final draft before Congress signs off on it. He also talked about how he wants to make sure that workers in all three countries are properly protected, not just the workers in the U.S. Samuel said that fundamental components, such as, the Protect the Right to Organize (PRO) Act need to be included in the USMCA to make sure that all of the power is not taken from workers and they are still able to exercise their right to bargain for their contracts. Lastly, he discussed the Butch-Lewis Act and how in its current state, he does not believe it will make it through the house, but with some revisions, he sees it passing. 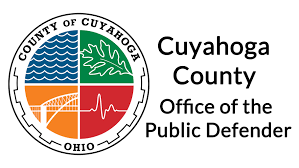 AWF next guest was David King, assistant public defender at the Cuyahoga County Public Defender’s Office who discussed what can and cannot be expunged from a person’s record. After being convicted of a felony, it is difficult for a person to find a job again because of what they have on their record, but King works to expunge certain things from a person’s record in hopes to help get them a job again. He said that felonies in the first and second degree cannot be expunged, and neither can sex crimes or traffic tickets. He said that there is a full list of non-expungeable felonies located on their website or in their office.