Marcy Kaptur, U.S. Representative for Ohio’s 9th District spoke with America’s Work Force on May 6 to discuss the level of protection that workers have during the COVID-19 pandemic. 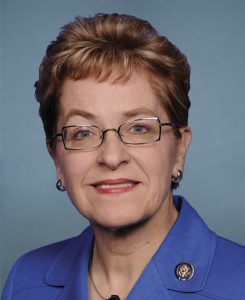 Kaptur first discussed whether or not employers are meeting the bare minimum to protect workers during the COVID-19 pandemic. First responders and others who are working during the pandemic should have access to the personal protective equipment that is needed to safely do their jobs. Kaptur continued by saying that there is such a shortage of PPE, that first responders are scared to do their jobs safely. She went on to speak about the numbers of COVID-19 cases in Ohio and how one fifth of the confirmed cases arere nurses and other first responders. Finally, Kaptur spoke about the Paycheck Protection Act and the unfair distribution of money. She said that America’s biggest companies abused the act, leaving small businesses around the country fighting to survive.

Danielle Root, Associate Director of Voting Rights and Access to Justice at the Center for American Progress spoke about preparing for elections in the wake of the COVID-19 pandemic. She explained that people who are still wary of voting in-person have options. Root said that those who do not intend on voting in-person can vote by mail or by absentee ballot. Root also added that the CARES Act was meant to be used to implement election security upgrades, but has not received nearly enough money to make any major changes.

AWF host Ed “Flash” Ferenc spoke about the misclassification of Uber and Lyft drivers as independent contractors rather than employees. By doing this, they effectively took away their ability to bargain for contracts.

1 thought on “Protecting Workers During the COVID-19 Pandemic”