Caroline Fredrickson, president of the American Constitution Society, also known as ACS, and author of The Democracy Fix: How to Win the Fight for Fair Rules, Fair Courts, and Fair Elections, spoke with America’s Work Force on July 22 about enforcing policy.

Fredrickson first began her time on AWF by explaining what the American Constitution Society is all about. She said that the ACS is a non-partisan organization who firmly believes that the law should be enforced and upheld at all times for all people. Fredrickson then discussed how there has been attacks on unions in America, explaining that people are attempting to form unions, though it is against the law, but it is being swept under the rug. She mentioned people needing to be persistent when fighting for their rights and how all of the small victories will continuously build on top of one another. 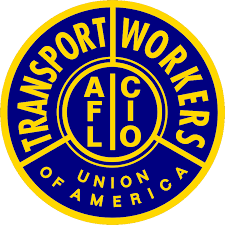 John Samuelson, president of the Transport Workers Union discussed the problems with American Airlines and unions in America. American Airlines was granted a temporary restraining order against the UAW to get in the way of writing up a contract, but Samuelson said they will not back down. He then went on to talk about how American Airlines was having their planes maintained outside of the United States to save money and earn a better profit. Samuelson stressed that there is no reason these planes should be receiving non-emergency maintenance outside of the U.S. and it is raising quality control concerns with the UAW.