Alex Tausanovitch, director of campaign finance and electoral reform from the Center for American Progress spoke with America’s Work Force on May 29 about the problem with the mapping of districts in Ohio.

Tausanovitch talked about gerrymandering and how it has become a big problem in Ohio. With this being such a prominent problem in Ohio, he said that districts political party interests are not being represented as accurately as they should be. Tausanovitch then discussed how all states do not have their political parties draw the districts and that some will have a neutral third party do it for them so that there is no gerrymandering or unfairness. He said that there is a push for an independent commission to draw the districts for states using statistical evidence for their reasoning to be as thorough and fair as possible. 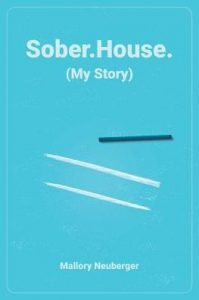 Mallory Neuberger, author of the book Sober.House, spoke to AWF on May 29 about the struggle with drug addiction and not being afraid to seek help. Neuberger discussed her past and her struggle, turned dependence, on drugs, and how she finally found the courage to ask for help from her unsuspecting husband. She then talked about a sober house, called the Frog Pad, that she set up for women to help other women struggling with drugs and alcohol to get back on their feet again using a 12 step program.

AWF host Ed “Flash” Ferenc spoke about the department of health and human services and the changes that they are making.