Ryan Zamarripa, associate director of economic policy at the Center for American Progress Action spoke with America’s Work Force on Jan. 29 about broken promises made by President Trump.

Zamarripa first spoke about the quality of jobs in America. While President Trump boasts about the amount of jobs created in the United States. He said that although the number of jobs has increased, the quality of the jobs still remains in question. Zamarripa discussed how there are thousands of jobs that do not provide adequate pay or benefits to their employees, forcing many working Americans to have to pick up more than one job. He then went on to talk about lost overtime wages and retirement savings, and how it impacts American workers. Lastly, he spoke about Ohioans with pre-existing conditions and how they could lose protections if the Affordable Care Act is repealed. 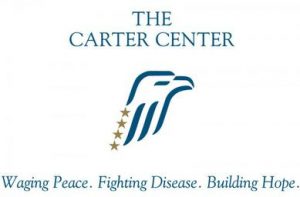 Mark Williams, associate director with the Carter Center spoke about the programs that their organization provides. The Carter Center follows the principles of its founder, former President Jimmy Carter and their commitment to human rights and improving the quality of life for people. Some of the programs that Williams talked about were conflict resolution programs and mental health journalism.