Early spoke about her role in electing labor-friendly candidates in Illinois to strengthen the union message and ensure candidates were educated and ready to support union issues. Next, she spoke about the campaign she runs with the National Public Pension Coalition throughout the country. The coalition focuses on making sure lawmakers are aware of the importance of protecting and maintaining defined benefit pension plans for the public workforce. Early explained how much a state needs to spend and set aside per year based on pension plans accounting for 5 percent of their budget. She added, despite the complaints against public spending on pensions, it realistically is a small fraction of the state budget compared to corporate welfare, which takes up a greater amount. Lastly, she spoke about how public pensions provide economic benefits to communities across the country. 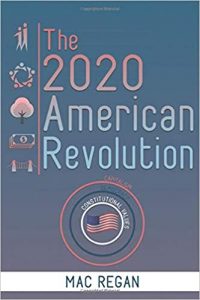 Mac Regan, author of “The 2020 American Revolution: 20/20 Decision Support for Voters” spoke about how to empower voters for the upcoming election. He explained the American political divide and how people need to start cooperating and hearing the other side. Regan said hyper-partisanship is what caused the great divide between the parties and why nothing can get done legislatively. Among other things he discussed from his book, he stressed that nothing will change unless the American people get up and vote.