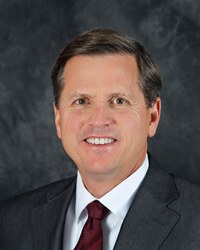 Melville talked about how in 2011 under the Restoring Access to Medication Act, a person would be able to go into any pharmacy and purchase over the counter medication and their health savings account would pay for it. He said that a person’s health savings account would cover anything that their insurance provider did not cover. Meville also talked about how the rapidly increasing prescription drug prices are out of control and congress needs to work on putting together legislation to fix the issue. He stated that there is a common sense bi-partisan bill in the works right now to make prescription drugs more affordable, but we will have to wait and see what will happen.

Frank Mathews, Administrative Director of District 4 of the Communication Workers of America joined AWF on Oct. 8 to talk about the AT&T tax scam and Protect the Right to Organize (PRO) Act. He said that with the AT&T tax scam, an investigation needs to be done and punishment needs to be distributed to AT&T for not following up on their promises of creating jobs after saving money from a tax break. Mathews said that action needs to be taken against AT&T so that other corporations do not try to follow suit on this and abuse the tax system. He then talked about how the PRO Act is necessary to help protect workers against any reprisal or punishment when discussing organizing in their workplace. Mathews stated that it helps encourage workers to have a voice and stand up for themselves and shifts power back to workers.

AWF host Ed “Flash” Ferenc discussed the third week of the General Motors strike and how it affects their workers.