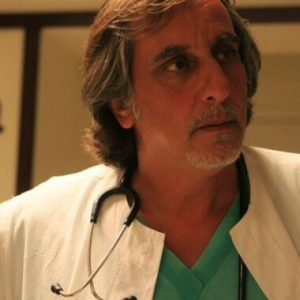 Waismann discussed why rapid detox and other forms of rehabilitation are quick fixes for opioid addiction, but still leave damaging effects on people. He said that with rapid detox methods, the body would go through aggressive withdrawal and are unable to regulate how the body produces certain chemicals such as endorphins. With ANR, Waismann said that it works to decrease the body’s receptor production that it built while addicted to opioids and help the body return to its natural and balanced way of producing chemicals. He said that during the treatment, the body’s endorphin-receptors are re-regulated back to the body’s state before the drug dependency occurred. Waismann mentioned that he believes this treatment is more effective than detox and will allow the person to return closely to how they were before their addiction.

Dr. Everett Kelley, National Secretary-Treasurer for the American Federation of Government Employees spoke with AWF on Sept. 18 about good faith bargaining and unions maintaining their strength. He said that day-by-day, the Trump administration is working to bust unions in anyway that they can. Dr. Kelley also talked about an AFGE day of action called “Rise Up, Fed Up” He said during this day of action government employees will voice their thoughts on why they need collective bargaining and unions for their own safety.

AWF host Ed “Flash” Ferenc spoke about the United Auto Workers strike against General Motors and how the International Brotherhood of Teamsters are standing with them and refusing to cross picket lines.