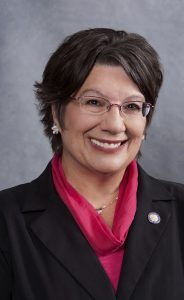 Sen. Antonio continued by explaining how many absentee ballots show up late, making them ineligible to be counted. With new legislation, ballots postmarked on the day before the election will be eligible, even if they show up late. Lastly, Sen. Antonio spoke about a recent Supreme Court ruling prohibiting discrimination against the LGBTQ+ community in the workplace.

Melissa Cropper, President of the Ohio Federation of Teachers spoke about racism and how it should be treated as a public health issue. She said people need to elevate the issue to get as much attention on it as possible in order to gain allies and counter all forms of racism. Cropper went on to discuss schools reopening for the fall semester and how there needs to be some updated health parameters ensuring the safety of teachers and staff. Finally, she spoke about the Ohio budget shortfall for schools and how she hoped the HEROES Act would have helped schools, but does not do enough for them.