Tim Burga, President of the Ohio AFL-CIO spoke with America’s Work Force Radio Podcast on June 2 to discuss his op-ed on supporting the working person.

Burga spoke about what needs to be done to protect workers and how the COVID-19 pandemic exposed how workers protections are thin or absent. He explained how during the COVID-19 pandemic, employers have done the bare minimum to improve working conditions and have been slow, if at all, to provide workers with personal protective equipment. Burga continued by saying workers need to amplify their collective voice so their demands for better safety standards in the workplace can be met. He then spoke about how some workers are scared to work because they do not believe their employers are doing enough to ensure their safety. Burga said employees can report their employer and take them to court to decide if they are eligible for unemployment or not depending on the safety of their work environment. Lastly, he spoke about the AFL-CIO’s endorsement of Joe Biden for President of the United States. 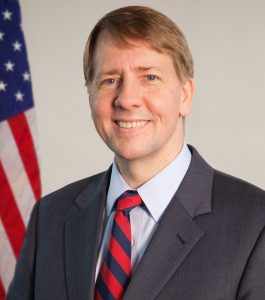 Richard Cordray, former Ohio Attorney General and former First Director of the Consumer Financial Protection Bureau spoke about consumer protection, especially during the COVID-19 pandemic. He spoke about his book “Watchdog,” which addresses people being cheated and mistreated by financial companies and how to combat it. Cordray then spoke about irresponsible lending during the pandemic and how it has led to economic downturn and economic crisis. Finally, he addressed the unemployment numbers.

AWF host Ed “Flash” Ferenc spoke about the end of Amazon employees hazard pay and how they still deserve the pay and increased safety standards while working.