On Thursday, July 25, Bill Samuel, Government Affairs Director with the AFL-CIO spoke to America’s Work Force about what needs to be done before passing the new NAFTA.

Samuel began his segment on AWF by talking about union strength and union density increasing. He then discussed the passing of the Butch-Lewis act and how it strengthens pension plans. Samuel also talked about the new NAFTA agreement, the United States-Mexico-Canada Trade Agreement (USMCA), and how he finds it flawed. He does not believe that the USMCA covers workers rights enough and wants to keep updating it before it is called to vote to pass. Samuel wants to see more worker protections, more bargaining rights, and more job security for all workers and does not feel that the USMCA encompasses all of those things just yet. 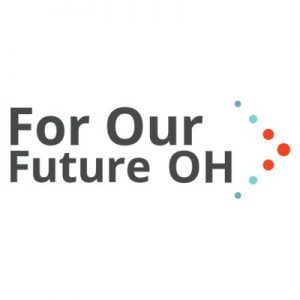 Daniel Van Hoogstraten, communication director of For Our Future Ohio also spoke to America’s Work Force on Thursday, July 25. Van Hoogstraten talked about their organizations progressive values, such as economic prosperity for all and building stronger public schools. He also talked about broken promises and how the public needs to stay on top of their government officials and keep them accountable for their words and actions. He stresses that if public figures say they will try to make changes, people need to keep the pressure on them about it or they will never see changes in their communities.