Eric Wilson, president of I Sell Health, Inc., spoke with America’s Work Force on July 18 about the direction of healthcare in the United States. 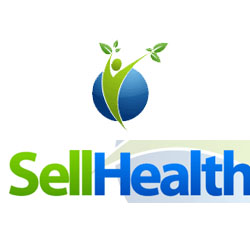 Wilson first discussed the Affordable Care Act and whether or not he believes if it will be around much longer. He talked about the Texas vs. United States case where a judge is claiming that the ACA is unconstitutional and how Americans could be affected without the ACA. Next, Wilson talked about his company, I Sell Health, Inc., and how the various health insurances work. Lastly, Wilson discussed medicare for all, and what would need to be done in order for it to be successful.

Leo Gerard, former president of the United Steelworkers, also known as USW, spoke with AWF on July 18 about the future of the USW. After 18 years as the union’s general president and 53 years as a member of the USW, Gerard decided it was time to retire. He talked about Tom Conway, who will be the new president, and other members who will be receiving new positions. Lastly, Gerard mentioned how, although he is retired, he will still try to be a good resource for members of the USW if they have any problems or would like any advice on how to approach situations within USW.