Elie Mystal, justice correspondent for the Nation Magazine, spoke with America’s Work Force on Feb. 20 about ethics in politics. 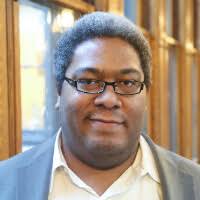 Mystal, a Harvard Law School graduate and writer for “Above the Law” spoke about ethics in politics. He spoke about certain individuals receiving pardons that were involved in the Iran Scandal and how it enables unethical behavior. Mystal discussed the lawyers defending President Trump and how they protect his cohorts at all costs, ultimately enabling illegal and unethical behavior. He said that there needs to be more effort to shut down this type of behavior. Mystal then stated that more people need to stand up and hold political officials accountable to prevent illegal and unethical behavior from continuing.

Pat Gallagher, district director with the United Steelworkers (USW) and representative of the United Labor Agency, spoke about judges in the court of appeals that the USW are backing. He listed a few judges and said that the USW will back them because they are in favor of labor and work to promote organized labor. Gallagher also talked about the public education system and how the lack of quality resources in certain districts are to blame for the poor quality of education. Lastly, he discussed House Bill 308, which deals with first responders and receiving worker’s compensation for PTSD without any prior physical injury.

AWF host Ed “Flash” Ferenc spoke about major tech companies and the push to unionize within them.