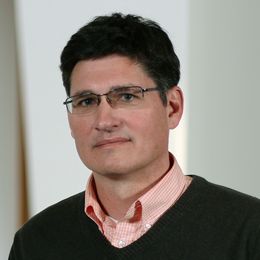 Votruba first discussed the complications of teaching a college level course through video chat. He said it is difficult to reach his students and that they are missing out on person to person interaction that helps some students learn. Votruba then discussed the increase in job loss as it correlates with property crime and violent offenses. He spoke about his research based on Norwegian males losing their jobs non-voluntarily, the downsizing or closing of plants and its relation to crime. Votruba’s research said that one year after job loss, crime from nonelderly males increased by 20 percent, and still remains 15 percent higher, five years later.

Votruba also discussed the relationship between the unemployment rate and drug and alcohol crimes. He mentioned that many people who lose their job turn to drugs and alcohol to cope with stress, depression and deterioration of motivation, making them more likely to commit drug or alcohol crimes. Votruba stressed that there is a difference between the crime of abusing drugs and alcohol and having a violent outbreak caused by the usage of the aforementioned substances. Lastly he said that the crime effects of displacement are more prominent on weekdays than weekends because of the amount of idle time that the displaced person has.

Melissa Cropper, President of the Ohio Federation of Teachers spoke about the difficulties teachers are having with video communication. She said that distance learning is negatively impacting students because they do not get the attention they need. It is also proving difficult for teachers as they feel they can not provide the support that students need. Cropper then spoke about whether she believes that schools will reopen by August. She said that they may need to come up with stronger safety precautions, such as mandatory washing of hands and classroom materials, as well as remaining a safe distance from each other. She said that unfortunately, it will be difficult for everyone to get used to, but they will do what they have to do to ensure the safety of everybody.

AWF host Ed “Flash” Ferenc spoke about AFL-CIO President, Rich Trumka and his demands that stronger safety standards be put in place before the economy is reopened to reduce the risk of a second wave of the COVID-19 virus.