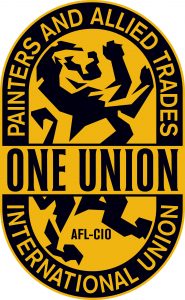 Williams first spoke about multiemployer pension plans and how they need to be strengthened. He explained how the recently passed HEROES Act gives relief to multiemployer pension plans but the Giving Retirement Options to Workers (GROW) Act does not. Williams said the GROW Act is not designed to help the average worker in the long run and is more of a defined contribution, rather than a defined benefit plan. He stressed why we need to invest in workers and the pension plans that have been successful for the past 75 years.

Tony Liberatore, Jr. Business Manager/Secretary-Treasurer of Laborers Local 860 spoke about summer construction. With summer season approaching, more construction projects will begin and there will be more work zones on freeways. Liberatore explained why drivers need to be vigilant when driving through work zones and strictly adhere to speed limits to keep workers safe. Lastly, he spoke about union workers cleaning up the damage and destruction that occurred in Cleveland, Ohio during the riots.

AWF host Ed “Flash” spoke about the unemployment numbers and the importance of infrastructure projects around the United States.