Davis spoke about the USMCA from Mexico’s standpoint and how it needs to focus on worker rights. He mentioned that there were three things that needed to be done to improve Mexican worker rights. First, identify the serious violations of labor rights and what could be done to fix that. Second, implement the Mexican labor law reform that was drawn up after the identification of the labor rights violations. Third, enforce the new labor rights and make sure they cannot be violated without consequences. Davis also discussed the necessity for improving the strength of unions and their representation in Mexico. 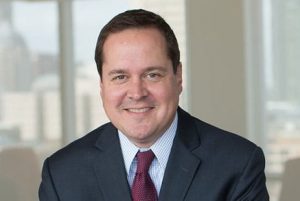 Matt McMonagle, partner with Kelley & Ferraro spoke about asbestos and mesothelioma. He discussed why asbestos was banned and the diseases that a person could get from prolonged exposure to asbestos. McMonagle then talked about mesothelioma and how his firm fights cases for people who have mesothelioma. Lastly, he talked about court cases involving the lawn care product called “Round Up”.

AWF host Ed “Flash” Ferenc spoke about Harvard’s student union threatening to strike unless the school signs off on their new contract.