Mike Haynie, founder of the Institute for Veterans and Military Families (IVMF) spoke with America’s Work Force on Nov. 5 about his organization and what they do. 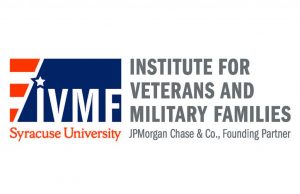 Haynie talked about veterans and their reintegration into society and civilian life after they leave the military. He said that when someone retires from the military, they struggle to find a job and readapt to civilian lifestyle because they have been out of touch for however many years they were in the service. Haynie said that the IVMF works to teach these veterans skills and offers vocational training to help make the job search process easier for them. The program gives these veterans the training to earn labor market certification credentials so employers can know that they are well trained and their work will be able to meet their standards. Lastly, Haynie said that this organization has corporate partners such as Walmart and Starbucks that help provide funding to the institute.

Tim Burga, president of the Ohio AFL-CIO spoke about union brothers and sisters running for local offices during the upcoming election. He said that if they want something done about labor rights and issues, then they will run so they can speak for themselves. Burga said that there are 51 union brothers and sisters endorsed for this election and he hopes they will be able to shine light on labor issues they are facing and gain some traction in their fight against these issues.

Jon Reiss, executive director of the Cuyahoga County Veteran Services Commission talked about his organization and the support that they offer to veterans. He said that the CCVSC is having their third annual Winter Clothing Program where once a veteran or their dependent go through a screening process, will be provided a gift card to one of three clothing retailers to purchase jackets or other necessities for the winter months. Reiss also talked about the CCVSC financial assistance program and how they help veterans who are struggling financially and also help them work towards financial independence and stability.

AWF host Ed “Flash” Ferenc spoke about Ford Motors and the United Auto Workers reached a tentative agreement with a contract and Ford’s plans to invest $900 million into Ford plants in Ohio.