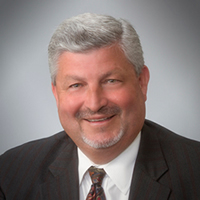 Reardon talked about the building momentum behind President Trump’s impeachment, and how the president threatened another government shutdown if Congress moves forward on the impeachment process. He said that the President knows his back is against the wall and is doing everything he possibly can to kill the momentum of the impeachment process. Reardon also discussed problems in the government where both political parties want to solve problems together but refuse to listen to one another and engage in sham bargaining rather than getting anything important done. Lastly, he talked about the president mentioning giving a 2.6 percent pay raise to federal employees and a 3.1 percent pay raise to the military. Reardon said that he likes to hear federal employees getting a raise, but feels that they should still receive more.

Dr. Gustavo Ferrer, founder of the Florida Cough Clinic and former doctor at the Cleveland Clinic, spoke about the upcoming flu season. He stressed the importance of a person going out and getting their flu shot because it not only helps keep them healthy, but also helps those around them. Ferrer discussed steps to take to get well if a person were to unfortunately contract the flu during this flu season.

AWF host Ed “Flash” Ferenc spoke about jobs created under President Trump. Although unemployment is at an all-time low, the quality of jobs is not up. He said people are still struggling to make enough money with one job to afford essentials such as food, clothes and shelter.