Cullen talked about the partial government shutdown and how he believed that it was absurd for President Trump to shutdown the government in the first place. This furlough employees and forced “essential” workers to continue to work without pay until a compromise was meet to give him the funding for the border wall that he has been demanding. Cullen believes this is not a compromise, but an extortion and unfair to the government employees who pay the price by not receiving their pay. Cullen also talks about the amount of false or misleading claims made by President Trump, since his first year in office and how they have aggressively accelerated in his second year. Cullen finished up his interview by giving his insight on what might happen over the next two years of President Trump’s term. 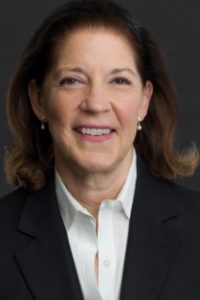 During Mary Jane Trapp’s last show, prior to her getting sworn in as Ohio 11th district judge, she spoke about a defamation case in Columbus, OH. The case Anderson v. WBNS-TV involves a Columbus television news station taking a police report about a robbery that was named the Andersons “suspects,” and posting on their social media and news channel that the Andersons were the “robbers.” They ultimately filed a defamation charge with the tv station after they cleared their names with the police, while the TV station refused to provide a retraction statement.

AWF host Ed “Flash” Ferenc spoke about Representative Alexandria Ocasio-Cortez (D-NY 14th District) and her plan in the Green New Deal to drastically reduce emissions over the next few years.