Nicholas DiCiocco, attorney with Kelley and Ferraro, LLP spoke with America’s Work Force on Dec. 5 to discuss the Zantac recall throughout the United States.

Zantac, a common drug used to prevent heartburn and treat stomach ulcers, along with generic forms of the drug, were voluntarily pulled from shelves in the United States, starting in September. DiCiocco stated that the drug company made the executive decision to remove the drug from shelves, not the Food and Drug Administration. After some studies, it has been found that the drug contained low levels of N-nitrosodimethylamine (NDMA) which is linked to cancer, resulting in the drug company removing their product from store shelves before an official FDA recall. DiCiocco explained that his law firm is still reviewing all of the facts while taking on litigation cases for people who may be experiencing side effects of Zantac, and its generic drugs, before an official FDA recall is put in place. 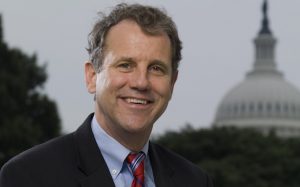 Senator Sherrod Brown spoke with America’s Work Force about the impeachment hearings against President Donald Trump. In regards to whether the hearings are going too fast, he said he just wants to make sure all of the facts are presented because there is damnable evidence against the President that he attempted to bribe a foreign leader to gain political support. He also discussed pension protection programs and how pension program deregulation and Wall Street greed damaged pension programs and made them volatile. Lastly, Brown talked about automation taking jobs from people and why the Workers’ Right to Training Act could help counter this.

AWF host Ed “Flash” Ferenc talked about Google employees, who were trying to unionize, were terminated for “violating policy” and it is believed that Google did this in an attempt to kill their union efforts.