Kenneth McCallion, author of Treason & Betrayal: The Rise and Fall of Individual -1, joined America’s Work Force on May 2 to discuss reasons as to why President Trump could be impeached. 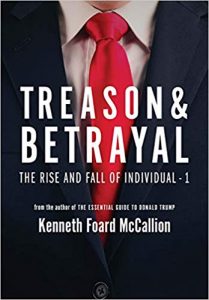 First, McCallion explained his background in civil litigation specializing in constitutional law and what his law firm McCallion and Associates LLP and what they cover. He then discussed his book Treason & Betrayal and talked about the grounds on which President Trump could be impeached. He said that off of the top of his head, one of the main reasons that President Trump could have been impeached for was obstruction of justice during the Mueller investigation. McCallion said that had Trump executed his order to send all detained immigrants to sanctuary cities, which is not legal, he would have had extreme consequences to pay.

Ohio Senator Sherrod Brown was also a guest on the May 2 edition of AWF. Sen. Brown discussed working families and the disregard for worker rights. He talked about how, as of lately, there has been a lot of anti-union pressures on companies and workers need to push back. Lastly, he talked about Boeing pushing out their aircraft to meet certain numbers, even after workers had warned the company of safety concerns and other flaws.

AWF host Ed “Flash” Ferenc talked about the National Association of Letter Carriers and the upcoming Stamp Out Hunger.