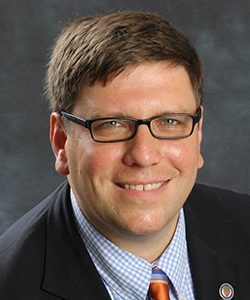 Cimperman, former city councilman of 18 years for Cleveland and now president of Global Cleveland explained what Welcoming Week is all about. He said that everyone easily overlooks all the contributions immigrants have made to our country, cities, our art and our cultures. Cimperman first addressed that America welcomes everyone, especially those looking for a better life because that is what being an American is all about, and reminds everyone that they only got to America because of their immigrant ancestors. He then explained that Welcoming Week highlights, exhibits, and applauds various contributions that were made by immigrants and to show different companies and how they are global-friendly employers. Cimperman said that Welcoming Week shows unity between everyone and that we are all here for the same reason; to make the best life we can for ourselves.

Tim Burga, president of the Ohio AFL-CIO spoke to AWF on Sept. 3 to discuss Ohio House Bill 6, also known as the nuclear bailout bill. He talked about how it was an uneconomic decision and there should have been more thought put into it. Burga also discussed the National Labor Relations Act and Labor Day events throughout Ohio.

AWF host Ed “Flash” Ferenc talked about President Trump slamming General Motors and claimed that they are no longer a big auto manufacturer and they sent all their jobs to China before he took office.