Mathews spoke about Frontier Communications declaring Chapter 11 bankruptcy and how it will affect their employees. By declaring bankruptcy, Frontier is taking wages that are owed to workers away from them, as well as their pensions and other benefits that they accumulated over their years with the company. Mathews said the biggest problem with Frontier filing for Chapter 11 is that they just had one of their most profitable years, yet are still declaring bankruptcy, but paying out individuals who are higher up in the company, leaving out the rest of their workers. He also spoke about the AT&T tax scandal where they said for every billion dollars they profited after getting a tax break, they would create thousands of new jobs, but in reality offshored jobs, cut workers and kept their profits. 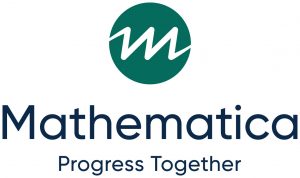 Paul Decker, president and CEO of Mathematica discussed his company and the aging workforce. Mathematica is an employee owned company that uses data, analytics, policies and practice to help improve companies and assist in keeping up with the ever-changing business world. He also discussed the Committee for Economic Development and their article on the aging workforce.

AWF host Ed “Flash” Ferenc spoke about the passing of the Protecting the Right to Organize (PRO) Act and why it is a huge step forward for the working person.