Melissa Cropper, president of the Ohio Federation of Teachers (OFT) spoke with America’s Work Force on Feb. 18 to discuss teachers fighting for their student’s education.

Cropper discussed the political landscape across the United States and how it is affecting school districts, teachers and children. She described political actions that a person could take to help fight for students, such as participating in activism for change and elections. Cropper suggested that people thoroughly research candidates and what they stand for before going to vote. Lastly, she spoke about vouchers and why the OFT does not support private school vouchers. Cropper stated that if there can’t be proper funding for all public schools, then there should not be this much money being dumped into private schools and vouchers for them. 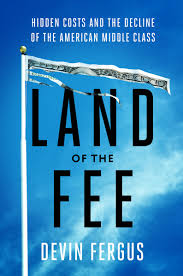 Dr. Devin Fergus, author of “Land of the Fee: Hidden Costs and the Decline of the American Middle Class,” spoke about hidden fees and administrative costs. He said that in the 1970’s, hidden fees became more and more prevalent in both the public and private sector. Dr. Fergus said that in the public sector, hidden fees were being used for revenue, and in the private sector, they were being used for profit. He then talked about points in his book that discuss economic inequality, tax policy decisions, capitalism and how hidden fees target people of lower socioeconomic status.