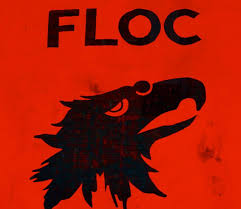 Velasquez started the FLOC in 1967 to organize farmworkers in order to make better working conditions and rights for the workers. He talked about how FLOC helped workers in their strike against Campbell’s for better wages and rights after finding out how underpaid their workers were. Velasquez also discussed the threats of U.S. Immigration and Customs Enforcement raiding farms and facilities alike and taking the immigrant workers, even those who are legal with documentation. He also talked about empowering minority workers and strengthening their representation at work.

AWF host Ed “Flash” Ferenc aired a previously recorded interview of Sarah Nelson, head of the International Association of Flight Attendants, discussing medicare for all. During her interview, she talked about how she believes that medicare for all is a completely reasonable plan that is sustainable, and dispelled arguments as to why people think it would not be able to work. Nelson fought against the point that private healthcare provides better, more extensive care and explained why she believes that.

America’s Work Force would like to extend our best wishes and hopes that everyone has a fun and safe Thanksgiving!