Gloria Mattera from the Green Party spoke with America’s Work Force on Sept. 11 to talk about how implementing eco-socialism could benefit society. 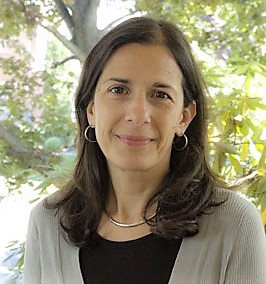 Mattera first talked about the decrease in Americans who have health insurance and how President Trump continues to dismantle the healthcare system former President Obama had implemented. She then talked about how the Green New Deal and how it talks about universal healthcare and how to make it work. Mattera then transitioned into eco-socialism and what it is all about. She said that eco-socialism aims to find alternatives to socially and ecologically destructive practices. Eco-socialism aims to end systemic prejudices, aggressive capitalistic practices and non-renewable resource farming. Lastly, Mattera talks about privatizing green energy efforts and make them more democratic so less affluent areas are also able to work towards moving toward green energy.

Tom Germuska, Jr., editor of the Labor Citizen spoke with AWF on Sept. 11 to talk about the upcoming September issue. In the upcoming edition, Germuska said that Industry Recognized Apprenticeship Programs (IRAPs) and the disdain for them were the center of attention. He said that during the comment period on IRAPs, 325,000 union construction workers commented about why they do not like them. United States Department of Labor said that the number of comments was the most amount of comments given on a single issue. Germuska also talked about Ohio House Bill 6 and why the Columbus/Central Ohio Building and Construction Trades Council supported it.

AWF host Ed “Flash” Ferenc spoke about 8.5 percent of Americans who are not receiving healthcare, and remembers those who lost their lives 18 years ago today during the terror attacks.