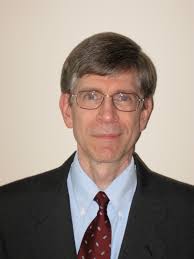 Dr. Carome first explained to listeners how much time it takes to make a vaccine for a novel virus. Scientists can only begin working on a vaccine once they have identified and obtained samples of a virus. They then go into phase one testing. Stage one involves developing a seemingly effective vaccine, then experimenting with dosages to find the effective dose. He described this process as testing immune system responses to different doses. Dr. Carome said that the process takes months, but the sooner action is taken, the better chance there is to contain a virus from spreading rapidly.

Dr. Carome stressed that everybody is susceptible to COVID-19. It is much more than just the common flu and is incredibly dangerous, especially to the elderly. He stated that President Trump was slow to acknowledge the threat of COVID-19. He said that had he heeded the warnings of health officials and acted sooner, we may have limited the impact of the pandemic. If the President reacted appropriately and in a timely manner, proper amounts of COVID-19 tests and personal protective equipment could have been distributed to help combat the pending pandemic. He said that the earlier President Trump realized the threat of the virus, the sooner scientists could begin the long process of developing a vaccine.

AWF host Ed “Flash” Ferenc aired audio clips from different members of the International Brotherhood of Teamsters explaining how work has been different during the COVID-19 pandemic. The first clip was of a forklift operator and member of Teamsters local 636 talking about working overtime at a grocery store and how chaotic it has been. Flash also played a clip of Teamsters General President, Jim Hoffa where he explained how the Teamsters are ensuring that frontline workers are protected during the pandemic and other increased safety measures.