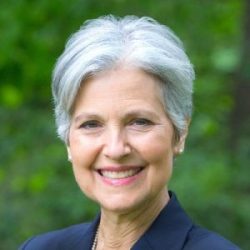 Dr. Stein first spoke about how hospitals bring in large sums of money, but do nothing to improve conditions, pay or equipment. She credited the money going to CEO’s and those in higher positions in hospitals. Dr. Stein stressed how hospital’s lack of accountability to protect workers is egregious and healthcare workers deserve better from these multimillion dollar corporations. Especially during the COVID-19 pandemic, workers need Personal Protective Equipment, better pay and protections, and some hospitals did the bare minimum for them. Finally, Dr. Stein spoke about the Black Lives Matter movement and how the political system needs to be held accountable so change can be made to end the systemic oppression of African Americans in the United States.

Tom Germuska, Jr. editor of the Labor Citizen, spoke about some of the featured stories in the June edition of the Labor Citizen. The first featured story he spoke about detailed state construction spending and the legislation under review detailing the spending. The second story that Germuska previewed involved Occupational Safety and Health Administration (OSHA) standards needing to be strictly enforced as businesses are opening back up. He said employers need to be held accountable and OSHA not only needs to enforce standards, but punish those who are blatantly ignoring them. Lastly, Germuska spoke about the Battery Plant project that will bring thousands of jobs to the Youngstown, Ohio area and stimulate the economy.

AWF host Ed “Flash” Ferenc spoke about holding corporations accountable and how a union presence in workplaces can be a driving force in having changes be made for workers.