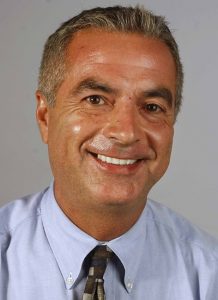 Dr. Mobley spoke about the Coronavirus, also known as COVID-19, how it spread, the misinformation about it and what we can do to slow the spread of the virus. He said that the virus can spread from person to person and from bacteria in air particles. Dr. Mobley explained that in China, COVID-19 spread quickly because of their sewer system; when people turned on ventilation fans in bathrooms, air particles carrying the bacteria were spread and infected people in the room. He went on to say that so many people died from the virus in China because of how quickly it infected a mass amount of people, adding that it took biologists and medical professionals by surprise.

Dr. Mobley explained that the infectivity and quickness that this virus is spreading at is a phenomena in itself. He said that even having contact with an infected person’s saliva is enough to infect another person. To help slow the spread of COVID-19, people need to practice better hygiene, avoid contact with sick individuals, cover their mouths when sneezing or coughing and stay home if they are feeling sick.

Jimmy Cullen, editor of the Progressive Populist spoke about Joe Biden’s comeback in recent primaries. He discussed how presidential candidate Joe Biden stood out from the other Democratic candidates and why people are backing him. Cullen then discussed the Democratic party’s plans if they gain a majority in the Senate. He said that if the Senate has a Democratic majority, they will be able to pass the Affordable Care Act, something that he says is needed by Americans, especially in times like the COVID-19 epidemic.