Paul Melhuish, president of the Cleveland Association of Rescue Employees (CARE) Local 1975 spoke with America’s Work Force on Jan. 3 about fighting for a new contract for Cleveland EMS workers. 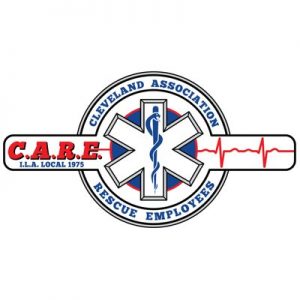 Melhuish discussed CARE Local 1975 fighting for a new contract after one of the rescue employees was attacked while assisting a victim. He said that the EMS workers need to have good contracts that will help protect them in instances where they may be injured while on the job. Melhuish said that before they have EMS show up to a scene, the situation needs to be properly assessed to ensure that it is a safe situation for the workers to administer assistance to the victims. With high turnover rates for EMS workers, he said that they need to have contracts that show the workers are cared for and will be protected as best as they can to be able to do their job as safely as possible.

Dorsey Hager, executive secretary-treasurer of the Columbus/Central Ohio Building and Construction Trades Council spoke about union activity in Columbus. He discussed members of the building trades volunteering their time to help out with community events during the holiday season. Hager also spoke about the superiority of safety on union construction sites compared to their non-union counterpart sites and union drivers getting their Certified Driver’s Licenses (CDLs).