Hager said that while increased safety standards and practices involving social distancing were implemented, some jobsites were shut down because they were non-essential projects. The affiliated members of the Columbus and Central Ohio building trades are still working on their projects and everything is status-quo. Hager did explain that if any of his affiliated members are uncomfortable working during the peak of the pandemic, they can be furloughed until things are under control. He went on to discuss the primary election that was held on April 28. Hager talked about appointing labor leaders and which candidates are friendly to labor. 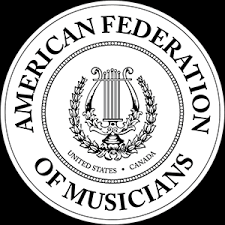 Leonard DiCosimo, President of the Cleveland Federation of Musicians spoke about the Cleveland Jazz Orchestra voting to recognize a union. He said that the musicians and the board alike made the unanimous decision to recognize a union. DiCosimo then spoke about whether or not he thinks there will be performances this year. He is skeptical that there will be performances, especially at major outdoor venues like Blossom Music Center, where tens of thousands of people sit closely. Lastly, DiCosimo spoke about the variety of artists that will be featured on the Virtual Concert Series.

AWF host Ed “Flash” Ferenc spoke about May Day Strikes and a spike in COVID-19 numbers at Tyson factories.