Hager first spoke about National Apprenticeship Week and how it is a great way to provide exposure to the trades and the benefits of working in the trades. He explained how working in the trades puts a person on a direct path to the middle class, has great health and retirement benefits, free training and more. Hager also talked about Industry Recognized Apprenticeship Programs (IRAPs) and why they are harmful. IRAPs make it so that employers oversee their own apprenticeship programs and they could cut corners on training and other areas involving safety because they are not regulated. Hagar mentioned that union construction will always be the highest standard when it comes to quality and safety because they have regulations on quality of resources and training requirements. 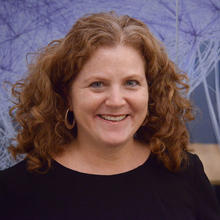 Terri Gerstein, director of the State and Local Enforcement Project spoke to AWF about the Hard Rock Casino collapse in New Orleans. She discussed how IRAPs allowed the contractor to hire cheaper labor and cut corners when it came to safety regulations and quality of labor. Gerstein said that by hiring cheaper labor, the building was a threat to public safety and well being because of the lack of quality in materials and labor.