Matthews spoke about the HEROES Act, a piece of legislation calling for more stimulus money for everyday Americans, hazard pay and other pandemic related items. The bill has passed through the House and sits on Senate Majority Leader, Mitch McConnell’s desk.

Matthews noted how McConnell was at first reluctant to even consider the legislation. But after calls from middle class families, Matthews said McConnell has become open to providing another stimulus check to families whose household income is $40,000 or less. Matthews suggested that without another round of payments, some families in these situations could end up on the streets.

The conversation then switched to the troubles and controversy surrounding Frontier Communications. While the company was filing for bankruptcy, their top eight executives were receiving millions in bonuses.

In addition to their multi-million dollar salaries and bonuses, the executives requested $16.1 million in incentive compensation.

Matthews lamented those who are currently out of a job due to a pandemic while wealthy executives manage to line their pockets on their way out. He also used these actions to explain why executives of corporations need to be held accountable to deter others from doing the same thing. 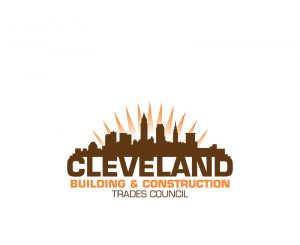 Dave Wondolowski of the Cleveland Building and Construction Trades Council (CBCTC) spoke about the impact COVID-19 has had on public health and the economy.

Wondolowski assured listeners that members of CBCTC affiliated unions have been showing up to work fully equipped with personal protective equipment. Also, the jobsites these tradesmen and tradeswomen work on are equipped with handwashing stations and enforced social distancing practices.