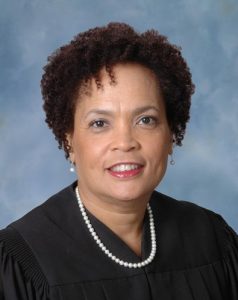 Judge Groves discussed lowering, or even eliminating reinstatement fees for Ohio drivers who have suspended licenses. She talked about how many people cannot afford to pay the fees to reinstate their licenses and are dependent on using their cars to get to work to earn their living, but are unable to drive because of their suspended license. Judge Groves discussed possible ways to lower the fees or eliminate them and explained why it would be beneficial to motor vehicle operators in Cleveland.

Jim Cullen, editor of the Progressive Populist discussed medicare-for-all. He addressed the main issues as to why Republican politicians are against it and offered resolutions to the problems they have with it. Cullen spoke about how a national health plan could be put into effect and how an increase in payroll tax and income tax would come into play to help pay for the plan.

Justin Madden, lawyer with Madden Law spoke about Ohio schools and the state intervening in them. When a school in Ohio continuously underperforms, the state steps in and takes over rather than leaving it up to the district to do something about it, Madden explained. Madden said how un-democratic this method is and gives districts no room to improve things on their own, the way that they would like to in their own communities. Lastly, Madden discussed a case involving a McDonald’s CEO’s inappropriate relationship with one of their employees.