Darkangelo first spoke about unions and the benefits of union training. He explained that the union difference is evident in the quality of work completed and the better pay and benefits received. Darkangelo then spoke about multi-employer pension plans and legislation in Congress to strengthen the pension system. With people in danger of losing the benefits they worked for their entire lives, he stressed that more needs to be done to protect the pensions, such as a composite plan to create a sustainable lifetime income. Darkangelo continued by speaking about the Give Retirement Options to Workers Act, listed in the HEROES Act, which fights to provide viable retirement options for workers. 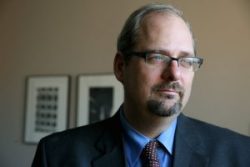 Dave Megenhardt, Executive Director of the United Labor Agency spoke about an increase in job options as the economy reopens across the United States. He said that many new employees will have to start off working from home in order to comply with social distancing standards. Megenhardt also spoke about a virtual job fair hosted by the ULA featuring 82 businesses looking for workers. The workers will do video calls with members of the various companies.