Tim Burga, President of the Ohio AFL-CIO, was the first guest on the show, discussing the midterm election. Burga reviews various union members on the ballots or holding office and how they are fighting for the working people and their collective voices to bargain for better wages, work conditions and pensions. He also talks about how the commercials being aired leading up to the midterms could be affecting voters opinions on certain candidates. 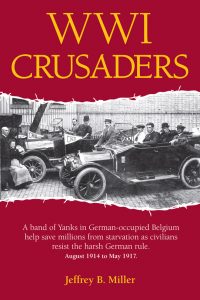 Jeffrey Miller, author of WWI Crusaders, came on the show to talk about the Commission for Relief in Belgium (CRB) during World War 1 and how it helped feed 10 million starving people in German-occupied Belgium. He discusses the humanitarian crusaders and their four-year effort to keep Belgium and northern France civilians clothed and fed. His book will be available to purchase on Nov. 11. However, you can read a sample of it here.

AWF host Ed “Flash” Ferenc takes time to discuss birthright citizenship and the importance of going out and exercising your right to vote during the midterm election.